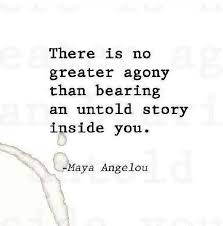 Truly though… NO APOLOGIES whatsoever for my “breakout verbal vomit” presentation. It’s just that as you can now clearly see with the creation of The Real Cat Williamson, YouTube Channel, “secrets will make me sick no longer”. I’m gettin’ ready to get ready, and oh, by the way …

THANK YOU for inspiring ME to “live a life of use to others”. I listen to your Jean Hershold Humanitarian Award acceptance speech every single day of my life now and have made my daughter listen to it as often as possible as well. Nothing will have meant ANYTHING if I leave this planet without having done just that, so that’s what I’m gonna do. You truly are one of my hero’s, and not because of “who you are” – because of “what you are”: A “Warrior. Motivator. SURVIVOR!” just like me. It is my sincere hope that before my lifetime is over I will be able to thank you in person. ~ CAT WILLIAMSON: Warrior. Motivator. SURVIVOR;

There have been very few people in my half a century of living who have been worthy of the title “my hero”, as that word tends to be overused and I aspire to be “Impeccable With My Words”. If I don’t mean it, I won’t say it, and to me, “hero” status must truly be earned through the acts, works and deeds of humans cut from only the finest clothe God weaves. Anyone who chooses a path that involves walking out the door each day not knowing if they’ll be coming home? Yup. That’s a hero.

Some of do NOT take our many American freedoms for granted, and as an American woman who has oft been chastised for somewhat antiquated views on gender roles, Veterans Day is especially important to me. Fair warning to anyone who gets pissed at what I’m about to say: I will not tolerate toxic or negative energy in my atmosphere and will excise it immediately! This is MY opinion only and I openly acknowledge that it may be ass backwards, so with that …

I’ve long been thankful that I am not a man and have prayed incessantly for the men I’ve known, married or given birth to. “Generally speaking”, men are born into a society where literally everything is expected of them. The entire weight of everyone’s world, including their own, is carried on their shoulders from the cradle to the grave, whereas “generally speaking” American women have choices. Society as we know it allows us the freedom to be who we choose to be. Go to college, don’t go to college. Get married, don’t get married. Be a wife and full-time mother who stays home to raise a family, have a career, OR BOTH! We aren’t expected to be anything other than “us”, and yes there IS a double standard as to what is expected from American men and women, “generally speaking”. Perhaps one of the best things I’ve ever heard are the words spoken by Angelina Jolie in her Jean Hersholt Humanitarian Award acceptance speech:

I have never understood why some people are lucky enough to be born with the chance that I had, to have this path in life, and why across the world there’s a woman just like me, with the same ability, and the same desires, same work ethic and love for her family … only she sits in a refugee camp, and she has NO voice. She worries about what her children will eat, how to keep them safe, and if they’ll EVER be allowed to return home. I don’t know why this is my life, and that’s hers.

Here I am on Veteran’s Day 2019, an American women in my American home with an American voice bought and paid for BY A VETERAN! Not gonna lie, I’ve been handed some rough cards here lately. So haven’t we all at one time or another. But guess what? I have options, and plenty of them. The future may not be exactly what I was planning 81 days ago, but it can STILL be whatever I want it to be if I just set my mind to it. I am free to sail my ship in any direction I choose, and that, my friends, is the truth.

SO, THANK YOU TO EVERY AMERICAN VETERAN THAT IS READING THIS RIGHT NOW! You are held in the absolute highest regard, today and every day, by this extremely thankful American woman. Indeed, you have “lived a life of use to others”, and indeed YOU ARE MY HERO! I’M SO PROUD TO BE AN AMERICAN!

I CANNOT BELIEVE I never knew about this until now, and CANNOT TELL YOU the infinite number of times I’ve had this similar conversation with my SO much better, stronger and wiser version of me daughter. I CANNOT WAIT until I begin to reveal all the missing chapters here in The Diary very soon, especially when it gets to the most important entry of all: Gia, at age 2, sitting at Jason’s Deli in Allen, on the day she became the death of every ugly thing my farce of a life used to be and the beginning of all my truths. She is the reason I decided to turn myself inside out and my life upside down once and for all because I was so afraid of her becoming “sick” like me, which is how I finally came to realize that “nothing would mean anything if I didn’t live a life of use to others”. This is the legacy I want to leave for my children. If I keep giving this all that I possibly can, one day, whether I’m here or not, I’ll be the luckiest woman that ever lived when they BOTH stand strong and proud amongst the crowds and say something like this about me:

My mom lived a life that was of use to others!

This is a text widget, which allows you to add text or HTML to your sidebar. You can use them to display text, links, images, HTML, or a combination of these. Edit them in the Widget section of the Customizer.
Loading Comments...
Comment
×