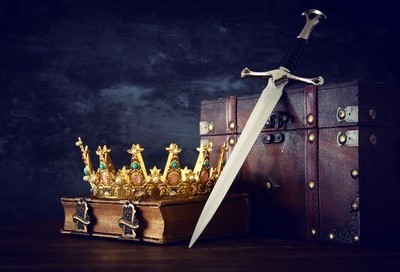 … IT’S TIME TO JUST START OVER!

“Someday soon, I’m gonna pull myself together. Win or lose, I’m starting over again. Start this day like any other day. I fold my hands as I begin to pray. Sometimes we gotta throw the past aside, and come what may, I’m gonna open up my eyes to all my broken feelings. It’s the only road I’ve known. I just wanna say to you: Maybe I won’t feel the pain when you leave me one day, and maybe it won’t be too late when you need me someday. Someone take me away from the one who betrays, but things won’t ever be the same. I’m starting over. In days gone by, I was hiding from myself. In all those lies and the truth was hard to tell. But I will try to turn my life around. I’ll close my eyes so I can finally see the road to all my broken feelings. It’s the only one I’ve known. I just wanna say to you … You were my heart, you were my soul. You were my breath ’til I grow old. You were my blood, you were my bones. How could you ever leave me cold?” ~ Saliva

So here’s my parting message to all the people, places and roadblocks that had become me in the four decades of life before finally opening my eyes to all my “broken feelings” and finding the truths behind the lies that were my former realities. This is my Christmas gift to me …

Zack and I first heard this song in 2007 and it immediately became as vital in unraveling the mystery of what had broken us before we’d met than actually meeting in the first place. It spoke volumes as to both our prior journeys; it was who we were, where we’d been and why we needed to cut some people out of our lives and truly “just start over”. It was a cryptic message to everyone that had discarded us at virtually every critical juncture in our lives, not the least of which were “our families”: “You were my blood, you were my bones. How could you ever leave me cold?”

I also forgive all of you that hurt, mocked, laughed at, punished, or burned me alive on a cross every time I let you down, embarassed you, or disgraced your reputations when I failed miserably at all the things I’ve failed at.

I forgive you for invalidating me, disregarding and disrespecting me, and discrediting every single one of my broken feelings as “drama, immaturity, ingratitude or self-pity”.

I forgive you for abusing the trust I placed in you with all my vulnerabilities and truths by throwing them back in my face and driving more nails into my already broken heart.

I forgive you for taking it personally when I decided to break the toxic cycle I once lived in and just standing there as I fought tooth and nail to get that fucking Black Spider-Man suit off my weak and weary back so that maybe one day my daugher’s daughters or my son’s sons will be the first branches from this sick and dying tree to not end up in a psych ward because they too want to blow their own brains out!

I forgive you for only loving me when I was good enough to be loved, but “washing your hands of me” when I broke the rules you decided would be best for me, which PS, were complete and total double standards of sick and enmeshed BULLSHIT! As it turns out, it’s OKAY to leave the web, if not THE best thing one can do. The wisest spiders are proud of the spiderlings that manage to get out of the webs they might have unintentionally spun and find a way to survive this fucking life in peace!

I forgive you for NOT forgiving me for being an imperfect human being and I forgive you for all the times you abandoned me! But more so than that? Thank you for everything you’ve done to hurt me because that is how I became a Queen! You pointed me straight to both my Kings – The One born today and the fallen. He may be gone now, but I’m still right here with the crown and sword he left for me, charging bravely forward all the days I have left in this realm! There is still so much I have to do with this power my impossibly strong heart now wields. There’s the Phoenix I made who I’ll fight beside until the end as she makes her ascenion towards the culmination of everything my own broken flight was purposed for, and that first born Prince who hasn’t yet realized that he too is a king because he hasn’t yet found the strength to tear off “the black suit” that shrouds his soul in darkness! He’s trapped in a web and has still yet to realize the long-terms effects of the emotional abuse he also is succumbing to and that being repeatedly being told “I’m done with you” for failure to follow the rules is slowly becoming the death of him too. I will not rest until that day finally comes when he opens HIS OWN EYES to his own broken feelings and “walks away and just starts over” with the courage and strength that’s hiding somewhere within himself so that the next time he hears “I’m done with you”? He can say, “NO! It’s ME that’s done with YOU!” Just like I did.

If I’ve learned anything in my first fifty years it’s that “real love” shouldn’t cost you anything yet it’s the only commodity that can get you EVERYTHING! Love shouldn’t come with strings or conditions, make you sad, make you cry, cause you to doubt yourself, want to shoot yourself, or make you want to hide in the shadows of any authentic version of yourself because the people who “love you” won’t take you as you are. Here’s the thing: Once you’ve had finally had it – “REAL love without strings and conditions”? YOU CAN NEVER ACCEPT “LOVE” ANY OTHER WAY, EVEN IF IT MEANS BEING ALONE! I won’t be the last queen that ever reigned alone in her kingdom because she refused to settle for anything less than everything!

Merry Christmas Catherine Williamson! You’ve been blessed by the unconditional loved of two Kings in your lifetime. There’s no going back to where you came from as you find a way to just start over once again!

This is a text widget, which allows you to add text or HTML to your sidebar. You can use them to display text, links, images, HTML, or a combination of these. Edit them in the Widget section of the Customizer.
%d bloggers like this: